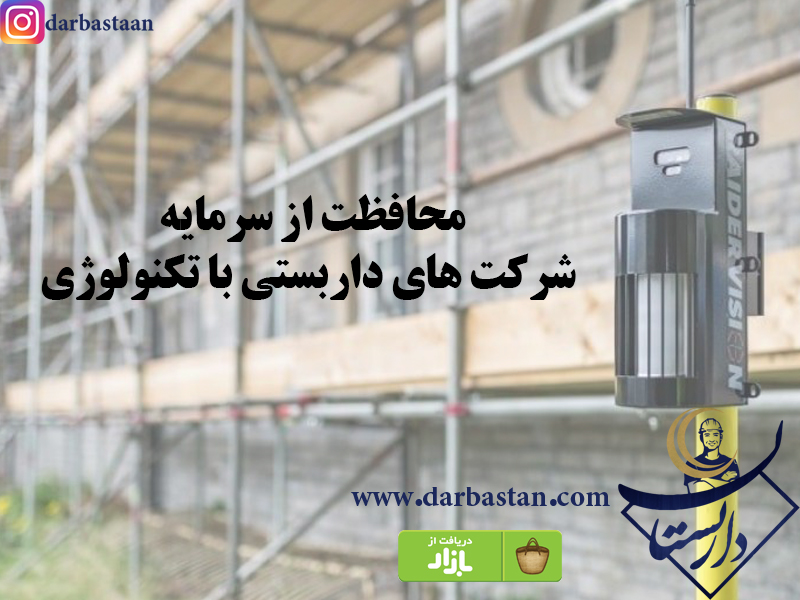 Scaffolding alarms. Love ‘em or hate ‘em they are fast becoming a fact of life. Those within the M25 have had to use these alarms for some years now, but now the demand is spreading across the UK and insurers are increasingly demanding that they and the company installing them comply with new standards.

We receive calls every day asking for quotes to install scaffolding alarms. These are in the majority from scaffolding installers who have been informed after they have had their job quote accepted, that a security system is required and this is where the confusion and problems start.

Many scaffolders simply want to get the cheapest deal for the cheapest piece of kit they can get that meets the description ‘Scaffolding alarm’, but are they doing themselves and their clients any favors? Lets take a look at the options and implications…

How do you know if all the detectors on your scaffolding alarm are working? There are many reasons why they stop working. They could be broken, have been removed by workers because they were in the way, the batteries are flat, or the mains power supply has been interrupted. Unfortunately with run of the mill systems, not only do you and the customer not know this, but because of the basic nature of the equipment, the installer probably doesn’t either. With one of the latest SSAIB or NSI compliant systems, each component on the system reports on a regular basis so the user / installer knows it is still there. Go one better and with our W600 Raidervision video PIRs, we can check that the detector is still pointing in the correct direction when ever we want, in order to maintain optimum security levels.

Most systems still use single beam detectors, although we are noticing more providers moving to the more animal and weather resistant dual beam detectors in order to reduce the number of false alarms from birds, cats and inclement weather. This is very positive, but still behind the curve. Due to the nature of the detectors and the fact that in many cases the scaffolding is located adjacent to busy roads with hot vehicles and headlights putting out large amounts of Infra-Red heat , which is what the detectors look for, false activations are still common. Several of the latest systems including our W600 RDAS+ Scaffolding Alarm use state of the art visually verified detectors which solve this issue.

Basic systems simply activate a siren or send a text message to the site owner. As we know, most members of the public are so fed up with alarm sirens that we generally ignore them and unless your phone can wake you up at 3am when it receives a text message, it’s not worth bothering. With the latest compliant systems, the alarm signals are sent to an accredited ARC (Alarm Receiving Centre), who manually call the nominated keyholders until they get an answer. If you use one of the latest visually verified systems like the W600 RDAS+ for example, the ARC can determine if the activation is a genuine intrusion and that means you can use an accredited alarm response provider to race to site within 10 – 20 minutes, something you could not afford to do with a non visual system, as most alarm events are false.

Alarm response services generally charge a daily keyholding / standby fee of £1 – £1.50 per day and a call-out charge if they have to attend site of around £40 per hour. When you consider the cost against the risk you or your staff take by responding to alarms yourselves in the middle of the night, we think it is well worth it.

As I mentioned at the beginning, many alarms being presented as scaffolding alarms have been modified from standard domestic / commercial hard wired systems. This means that to use them you need a stable 240v power supply and installation takes longer as each detector needs a cable run to it, which can present problems for workers. The latest compliant systems are battery powered & completely wireless. Most will run for around a year before the batteries need changing out and these systems notify the installer automatically when battery changes are required, so they are much less hassle.

I keep using the term ‘compliant’, so what do I mean? In 2015 the first ‘standard’ for security systems for use on scaffolding was published by the industry body SSAIB. This was subsequently followed by a similar standard from the other industry body the NSI. These standards specify the minimum capabilities of the equipment that can be used on scaffolding and the standard of installation.

Both the SSAIB and NSI standards are increasingly being specified by insurers as a minimum requirement where scaffolding is being used. This does not mean that any SSAIB or NSI accredited security company can install to these standards, as installing security on scaffolding is very different to the run of the mill domestic and commercial security such companies generally focus on. When selecting a scaffolding security provider, it is important to confirm that they are accredited to one of the two following standards, SSAIB Temporary Alarm Systems for Scaffolding or the NSI standard NCP115.

Cheaper is not always cheaper! Many scaffolding alarm providers charge a minimum rental period of between 6 – 8 weeks and then bill in monthly blocks thereafter. This is OK if your project is fairly long, but if the project is going to be 3 – 4 weeks for example, you may be better off looking for a company that bills on a daily basis with no minimum period like we do.

Also, by using a visually verified system, you never get charged for call-outs for false alarms, which can seriously add up if you are paying £40 for each call-out and you have a system that is false alarming 3 – 4 times per week. You will pay slightly more for the visual system, but on an ongoing basis, they generally work out to be much more cost effective as call-outs ONLY occur when there is visual confirmation of an intruder on the scaffolding.

Arm / Disarm & When you Forget

Arming and disarming in general has to be done manually at the site using a key, key-fob or a key code. Most of the time this is fine, but there are systems on the market now, our W600 RDAS+ being the first, that allow 100% remote control from any internet enabled device, so if you use a basic system and you get home and realize you forgot to arm the system…..bummer, go back! With the latest systems, it is simply a matter of calling your provider and asking them to arm it remotely. We do this for clients all the time and don’t charge for it as it only takes seconds.

So there you have it. There are a whole host of different systems on the market from the basic ‘bells only’ types to the latest bi-directional visually verified remote controlled industry compliant systems and an equal number of variously qualified installers. Just remember that if you have to have security on a scaffolding system, the cheapest isn’t necessarily the most cost effective and efficacy levels vary considerably. At the end of the day, if the alarm system you use isn’t monitored by an ARC, doesn’t have visual confirmation of alarm activations and doesn’t have rapid alarm response, then you are not doing yourself or your clients any favors by saving a couple of pounds a week on hire charges.